A downloadable game for Windows

The humans have awoken you from your deep slumber, and now the hunger sets in.

There's some very simple gameplay going on and I like the idea of playing as a sea monster.

When swimming around underwater it was not consistent what I could swim through/past. I personally had the most fun above water or close to the surface.
I enjoyed destroying and eating the ships & blimps, and hopping onto land. Though I wish I could have destroyed the village as well. I also performed a lot of air tricks, which was fun.
If you decide to focus on the destructive & chaotic nature of your game, check out the mobile game Hungry Shark World or Shark Evolution (I can't remember the name). The shark eats everything & causes a lot of desruction.

Eating the fish increased my score, but it did not seem that significant to me. Maybe it will make me bigger? Maybe it will increase my strength, being able to destroy even bigger things in the future?

The sea monster following the mouse cursor felt too delayed. I had to swing my cursor all around for the monster to move how I wanted it to. YOu could opt for a snappier/more direct way the monster follows the cursor. By making the head attach to where the mouse cursor is.
Also you can end up hovering/floating after flying into the air & falling down. Might want to add a bit more force when the mouse is at the bottom of the screen/below where the sea monster is.

Additionally, I hope you will come up with a smooth way the body will move. I recommend checking out how they made Madeline's hair from Celeste. Multiple circles attachted to a line and being simulated. Or at least something similar, so the movement of the sea monster's body is a bit smoother.

The sounds are very confusing to me. It sounds like someone rummaging in their kitchen ahah. But otherwise it's cute that when you click with your mouse the monster screams.

Overall a good start & a lot of potential! Some controls just needs some more tweaking for a smoother feel! 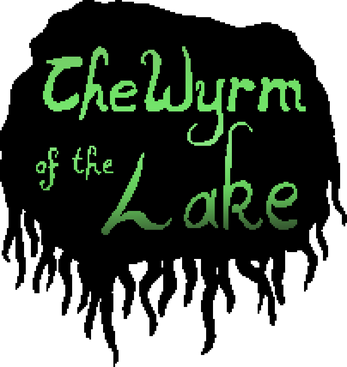